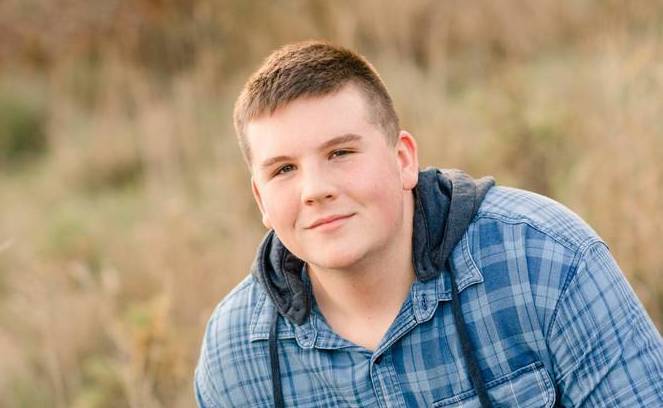 Jonathan Porter, Principal at Southern Aroostook Community School is pleased to announce that Hunter Burpee of Dyer Brook, Maine, a senior at Southern Aroostook Community School, has been selected to receive the 2022 Principal’s Award.  The award sponsored by the Maine Principals’ Association, is given in recognition of a high school senior’s academic achievement and citizenship.

“Throughout his years here at Southern Aroostook, Hunter has distinguished himself in the classroom and as a leader in the school and the community.”  Principal Porter noted in making the award.  “Hunter has been very active in many school and community related activities that have accentuated his outstanding character and commitment to excellence. “He is very deserving of this recognition.”

Hunter is involved in a variety of school and community activities. Hunter is an active member of the National Honor Society, Student Council, TRIO, Varsity Club, and is a member of the So. Aroostook Scholarship Fund.  Hunter has earned over thirty (30) college credits while attending So. Aroostook High School and will graduate in the top 5% of his class.

Hunter is active in the community through volunteer projects such as the So. Aroostook Food Pantry.  Hunter has participated in baseball and basketball here at So. Aroostook.  He was an instrumental part of the 2022 So. Aroostook High School Class D State Championship Basketball team.  Hunter was named the 2022 Northern Maine Class D Tournament MVP and scored 31 points in the State Final.  Hunter has also been named All-Aroostook three times, named to the MABC McDonald’s Senior All-Star Team, named to the Aroostook League Senior All-Star team, and scored over 1,000 points in his high school basketball career.

Hunter has been accepted at Franklin Pierce University and was awarded the President’s Honor Scholarship in the amount up to $116,000 over four years. Hunter has also been accepted at Husson University in the Exercise Science/Doctor of Physical Therapy Program and has been awarded the Husson Beacon Scholarship of $6,000 and Trustee’s Scholar Award of $24,000  Hunter is the son of Matt and Janet Burpee of Dyer Brook..

Hunter and other award school winners will be presented an individual plaque and will have the opportunity to be awarded one of ten $1,000 scholarships in the name of Horace O. McGowan, Richard W. Tyler, and Richard A. Durost.  Mr. McGowan, Mr. Tyler, and Mr. Durost were former Maine Principals and MPA Executive Directors.

The Principal's Award is presented in more than 100 Maine public and private high schools by member principals of the MPA, the professional association which represents Maine's school administrators.