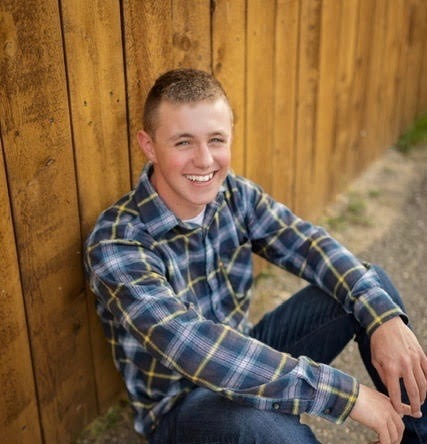 So. Aroostook High School Senior Wyatt Harthorne is a member of the So. Aroostook Chapter of the National Honor Society and will graduate with honors. Wyatt was selected as a delegate to represent So. Aroostook at Dirigo Boys State, was also selected to attend the Maine Youth Leadership Conference when he was a sophomore, and was also chosen as the Maine Principals Award recipient for So. Aroostook High School. He is a Presidential Scholar Nominee and currently serves as the Class of 2021 Vice President.  Wyatt has earned numerous academic awards and attended the annual Houlton Rotary Luncheon for his outstanding academic achievement and leadership.  He also has actively participated in SACS Dollars for Scholars.

Wyatt participated in the So. Aroostook High School Band, earning All Aroostook Band Honors for six years. He has also played in the church band at Dyer Brook Community Church for the past eight years.  Wyatt is a skilled saxophone player who has played the national anthem at several basketball games.  Wyatt also played varsity soccer for two seasons.

Wyatt is active in the community through volunteer projects such as the So. Aroostook “Share the Warmth”  Clothing Drive, the SACS food pantry, and he also volunteered at many church events. Wyatt has worked at Va Jo Wa Golf Course in Island Falls and is currently working part-time at Donahue's Maintenance and Masonry in Houlton, Maine.

Wyatt has been accepted at the University of Maine to major in kinesiology and physical education with the goal of being a physical education teacher.  In his free time, he enjoys spending time outdoors, especially duck and turkey hunting.  Wyatt is the son of Andrew and Cher Harthorne of Dyer Brook.