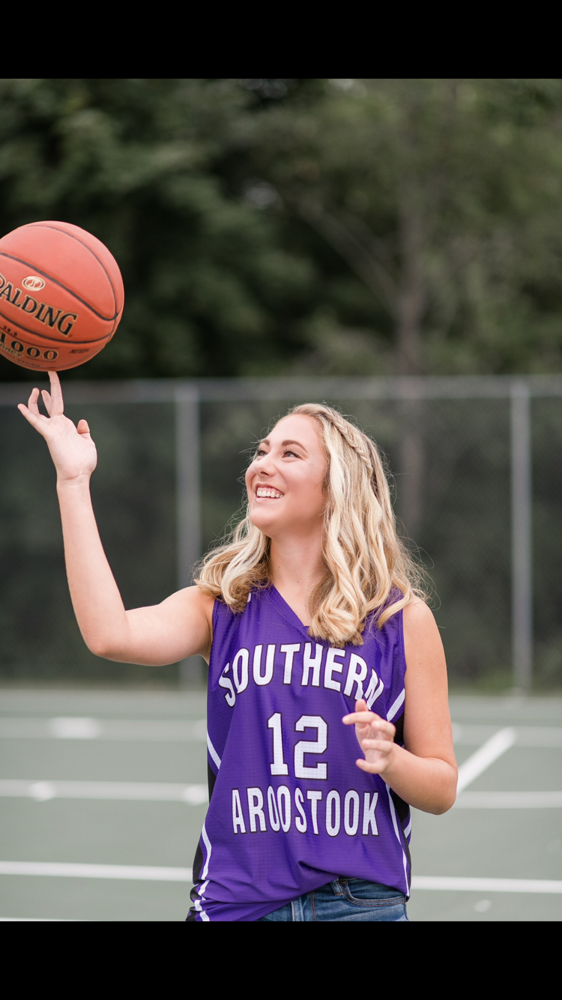 So. Aroostook Senior Makaelyn Porter is a member of the So. Aroostook Chapter of the National Honor Society.  She has also served as the Class of 2020 Vice President for the last four years. Makaelyn was chosen to attend the Maine HOBY Leadership Conference her sophomore year. Makaelyn was also awarded the Maine Learning Technology Initiative Digital Artwork award as a sophomore for her digital photography artwork.  As a Senior, Makaelyn was chosen to receive the Daughter's of the American Revolution Good Citizen Award. She also was named the State of Maine Winner for the Heisman High School Scholarship Program. Makaelyn was recently recognized as a Senior All-Aroostook Scholar/Athlete Award winner.  Makaelyn has been involved in the SACS Yearbook and also participated in the SACS Drama Club and has been a member of So. Aroostook Dollars for Scholars for the past four years

Makaelyn has been very active in high school athletics in her time her at So. Aroostook.  Makaelyn has played Varsity Soccer for the last five years serving as Captain this past season. She has earned All-Aroostook Honors in Soccer three times and also named a Senior Regional All-Star this past season.  She was also named the Class D Girls Butch Shaw Award winner for her demonstration of outstanding sportsmanship.

Makaelyn has played three seasons of Varsity Softball in hopes to play one more this season.  She has been part of teams that have earned the Class D Northern Maine Regional Runner-Up awards in 2017 and 2018.  Makaelyn has been named to the Class D All-Aroostook Softball team twice.

Makaelyn has been accepted at Husson University to major in Exercise Science and also plans to earn her doctorate in Physical Therapy with a future goal to work in the physical therapy field.  Makaelyn is the daughter of Jon and Jessica Porter.