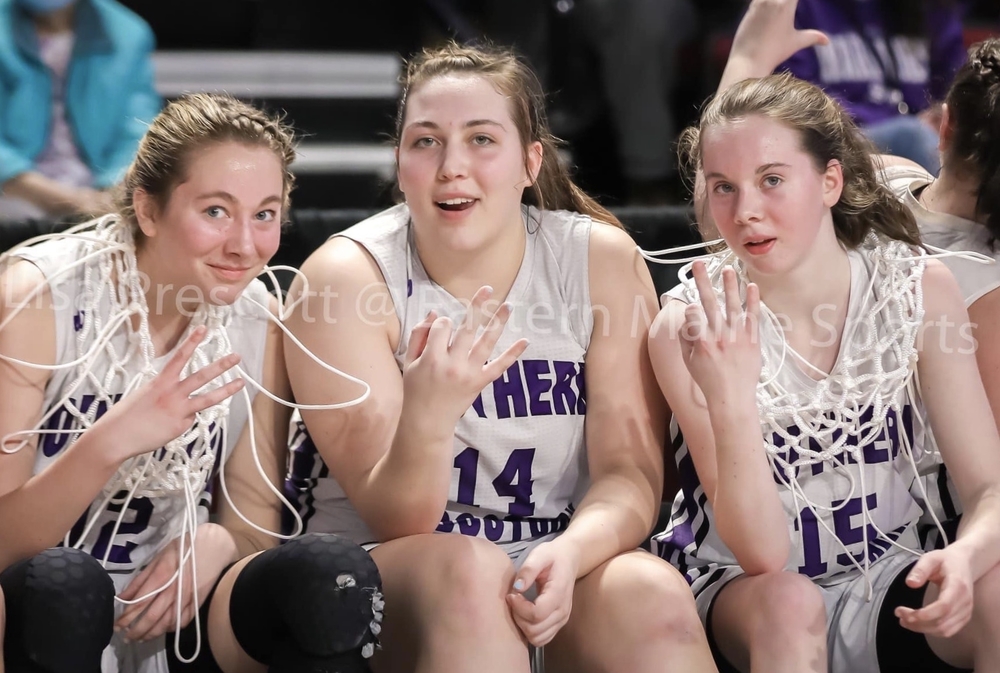 Congratulations to So. Aroostook’s Kacy Daggett, Madison Russell, and Makaelyn Porter for being named to the Northern Maine Class D All Tournament Team.

Kacy averaged 9.7 points, 12 rebounds, and nearly 4 blocks per game.
Madison averaged 16 points a game in the three games in Bangor and was a defensive catalyst creating turnovers on the opposing teams.
Makaelyn, who was named the most outstanding player of the Class D tournament for the 3rd consecutive year, averaged 15 points a game in the tournament and in the championship game vs. Deer Isle Stonington scored a game high 20 points with 5 rebounds, 3 steals, and two assists.
Good luck to the Warriors on Saturday in the Class D State Championship Game in Augusta vs. Greenville High School.  Game time is 1:00pm.